Consider Me a Fan: Brief Review of Toscano's Fanaticism: On the Uses of an Idea 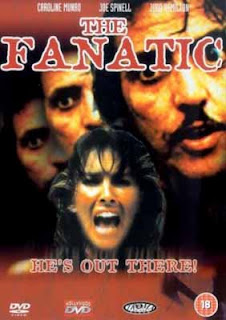 The current age could be described as one that is opposed to fanaticism. Fanaticism is the name that we have given our enemy in the current “war on terror,” but the contemporary opposition to fanaticism goes beyond the specific spectre of Islamic terror. Fanaticism is the generic name of what must be opposed at all cost. This is the lesson that seems to have been drawn from the previous century: the various crimes of the past, Stalinism, Fascism, and Nazism, have been stripped of their specific political and historical conditions and reduced to the original sin of fanaticism. In order to get some sense of this opposition to a generic an unspecified fanaticism, one only has to read some of the critiques of neoliberal policy (and neoconservative ideology), which do not focus on its disastrous effects or ill-conceived philosophy, but on the “fanatical” dimension of its adherent’s belief. Fanaticism is a criticism of the way one holds their ideas, and not the ideas themselves: as such it can be applied to any idea.

What emerges from this general critique of fanaticism is a particular ethos, an ideal of having no ideals. One should be tolerant, flexible, open to debate, and, above all, not a fanatic. (It is worth noting that this “opportunism” is precisely what the current labor market demands: ideas and convictions are bad business). Albert Toscano’s Fanaticism: On the Uses of an Idea is best understood as an intervention in this particular ideological consensus, an intervention that, as the vaguely Nietzschean title suggests, takes the form of a genealogy. As with most genealogies, the point of the historical examinations is to take us back to a point where our established conceptual coordinates, such as the one between fanaticism and enlightenment, fall apart. If the current era is one that often juxtaposes the Enlightenment, understood as tolerance and respect for individual rights, to fanaticism, then part of Toscano’s analysis is to demonstrate how this opposition falls apart in the face of history. The figures of the Enlightenment, most notably Kant, were at once critics of the excesses of dogmaticism and criticized for their fanatic commitment to the abstract ideals of freedom and right. In this respect “anti-fanatics” include not just famous conservatives like Burke, but all defenders of given customs; defenders of slavery and other established dominations saw themselves as defenders against the excesses of fanatical reason. Toscano cites Dominic Losurdo on this opposition to the fanaticism of ideas in Kant:

Toscano’s project is not a simple revalorization of fanaticism; in fact, it is the strength of his book to argue both against the anti-fanatic consensus and the various revitalizations of subjective commitment, or fidelity, on the part of Badiou and Zizek. Ultimately, Toscano’s focus is to argue that what is lacking in the anti-fanatic consensus, in which the label “fanatic” is bandied about to various ideals and religions, and everyone claims to be opposed to the fanaticism of the other, is an understanding of the different modalities of abstraction in society. Fanaticism always relates to an abstraction, to an ideal, but as such it is situated against other abstractions, those of religion (in the case of enlightenment) and the everyday abstractions of capitalism. An understanding of fanaticism must grasp how it functions in these other abstractions. Toscano demonstrates this by countering the facile but persistent claim that Marxism is a religion with an examination of Marx’s critique of religion and the religion of everyday life in capitalism.

It is on this last point that I would offer not so much a criticism, but a rejoinder of sorts. Toscano argues that part of his project is to help philosophy escape from its long cold war, “which vies unconditional conviction and principled egalitarianism with horror or contempt.” It seems to me that doing so means overcoming, or at least examining, the current opposition between the abstractions that are ideals, universality, equality, etc., and the abstractions that are directly lived, without taking the form of ideals. Toscano does some of this in his discussion of Marx, and I know from having read his work on “real abstraction” that he, more than nearly anyone, is aware of the complexity of abstraction in capitalism. As Toscano writes, “Whether we are dealing with money or with religion, the crucial error is to treat real abstractions as mere ‘arbitrary products of human reflection.” So, all I am really doing here is trying to connect to lines, connecting the critique of the critique of fanaticism with a critique of the real abstractions of everyday life. Failing to do so leads back into the morass of anti-fanaticism. This is my criticism of those who criticize neoliberalism as “Market Stalinism,” as a dogmatism of the market (which Toscano does not do). What such criticism misses is that outside of Friedman, Rand, and their acolytes, commitment to neoliberal practices is produced, naturalized, as it were, by the micro-politics of everyday life, by the axioms of the market. Escaping the cold war entails not just overcoming the consensus against “fanaticism,” that hangs over every egalitarian ideal, but the less overt reproduction of the existing order as simply the way of the world, as a fact without commitment or passion.

Final unrelated note: Alberto Toscano and Jeff Kinkle are apparently writing a book about “Cognitive Mapping.” They have set up a blog called Cartographies of the Absolute to post some of their research. It is not only good reading, it is also proof that at least three people think that the world needs a Marxist reading of Wolfen.

Posted by unemployed negativity at 11:36 AM