Dialectics of the Other Other Scene: On Balibar and Macherey (with apologies to Kanye) 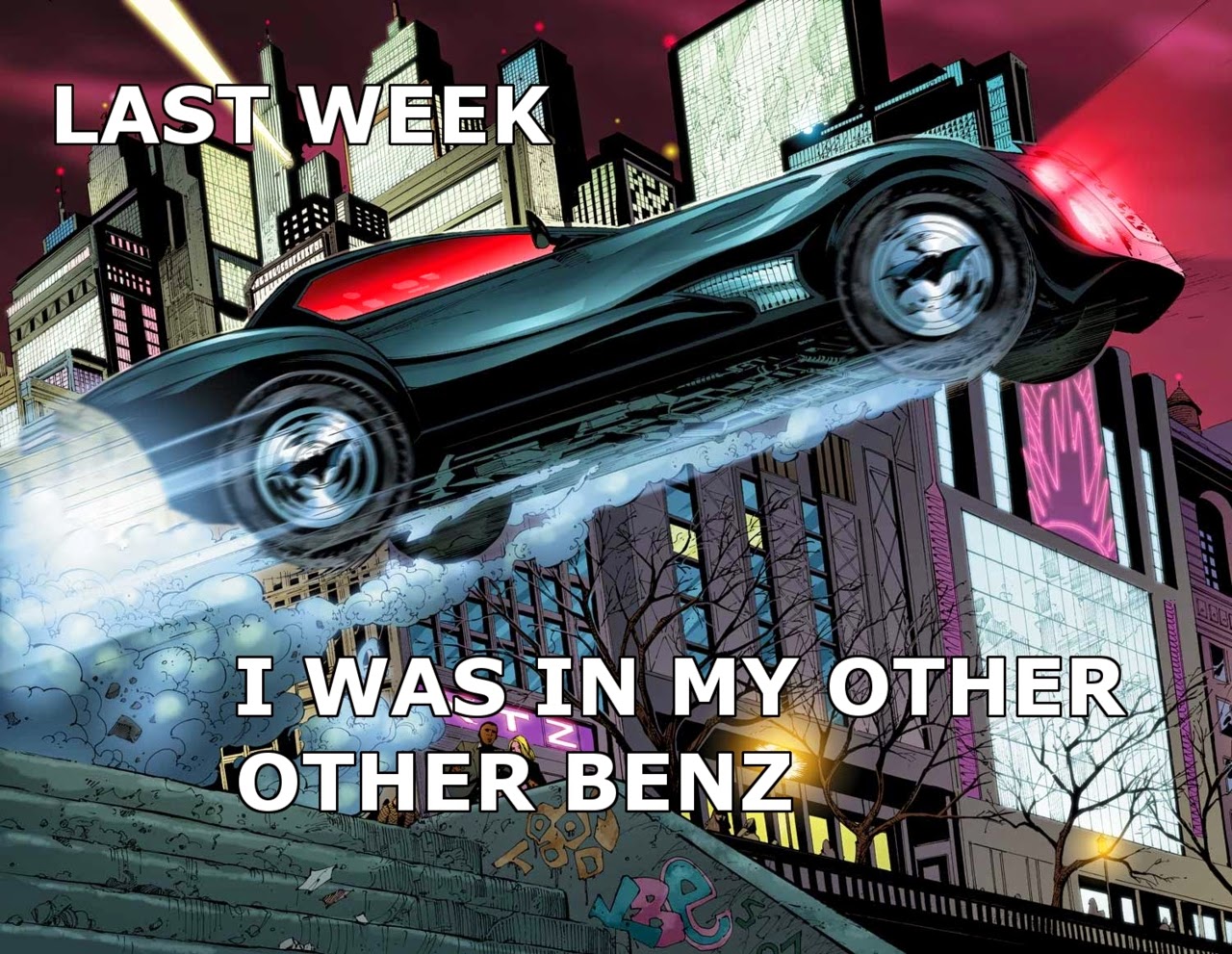 Image from Kanye and Comics Tumblr

"Last week I was in my other other Benz"--Kanye West


While I would never want to reduce the work of Etienne Balibar and Pierre Macherey to simply being that of "students of Althusser," there is a certain way in which their work continues certain themes and problems from the latter's work. This can be seen not only in the topics chosen, the studies on Marx and Spinoza, but, as I am going to examine here, with a certain reworking of the question of the dialectic.

Balibar offers a modification of this basic idea by describing the dialectic as a displacement between two different scenes.

"I even think that we can describe what such a schema would ideally consist of.  It would not be the sum of a ‘base’ and a ‘superstructure,’ working like complement or supplement of historicity, but rather the combination of two ‘bases’ of explanation or two determinations both incompatible and indissociable: the mode of subjection and the mode of production (or, more generally, the ideological mode and the generalized economic mode).  Both are material, although in the opposite sense.  To name these different senses of the materiality of subjection and production, the traditional terms imaginary and reality suggest themselves.  One can adopt them, provided that one keep in mind that in any historical conjuncture, the effects of the imaginary can only appear through and by means of the real, and the effects of the real through and by means of the imaginary; in other words, the structural law of the causality of history is the detour through and by means of the other scene. Let us say, parodying Marx, that economy has no more a ‘history of its own’ than does ideology, since each has its history only through the other that is the efficient cause of its own effects. Not so much the ‘absent cause’ as the cause that absents itself, or the cause whose effectivity works through its contrary."

And as something of a supplement :

"The determining factor, the cause, is always at work on the other scene—that is, it intervenes through the mediation of its opposite. Such is the general form of the ‘ruse of reason’ (which is every bit as much the ruse of unreason): economic effects never themselves have economic causes, no more than symbolic effects have symbolic or ideological causes."

Balibar's formulation here weaves together two of Althusser's theoretical interventions. The first is that of the overdetermination of the dialectic, the necessary displacement and condensation of contradictions. While the second is that of ideology understood as the necessary condition of the reproduction of the relations of production--what Balibar refers to at one point as the "infrastructure of the infrastructure." Taken more broadly, Balibar's thesis neither posits politics as the ideological ruse over the real inequalities of the economy, as Marx famously did in his essay on the Jewish Question, or posit politics as the realm of universality that breaks from the particularities of socio-economic positions (a position that could be attributed to Rancière). Politics, the contestation over symbolic values and meanings, constantly intervenes in the distribution of economic roles and tasks, and vice versa. It is not a matter of the relation between THE ECONOMY and POLITICS, but of particular economic relations acting on symbolic and ideological relations, and vise versa.

What makes this a dialectics of the "other other scene" is that we have political struggles displacing and acting on economic struggles and identities, and vice versa, all of which are displaced onto an other scene of communities, belonging, and relations. This heteronomy of heteronomy is not some negation of the negation, but it is the way in which struggles over power and resources are both imagined, becoming the basis of imagined communities of nations, and embodied, becoming part of how individuals experience their very embodied identity. This is the dialectic of the other other scene, three terms without telos or synthesis.

There is something similar at work in the writings of Macherey, albeit it is stated less directly. I am thinking of the way in which at least two of the books from his seminar on Philosophe au sens large, Petits Rien and La Parole Universitaire examine their topics of "everyday life" and "the university" from the perspective of philosophy, social sciences, and literature. (The book on Utopia has a different structure, partly because many of the canonical works of utopian thought were simultaneously philosophy, social science, and travel literature to imagined places.)

The question and provocation that started this post is what structure, or, more to the point, what sort of dialectic might explain these different engagements? In the book on the everyday, Machery offers some hint of an answer. As Macherey argues, "everyday life" is continually caught between universality and particularity (can there be anything like everyday life in the abstract?); activity and passivity; reproduction of existing relations and their transformation. These unstable oppositions never cohere into a strict opposition or sublation, but persist in their instability. As Macherey writes,

"There is an impossible to eradicate aspect of equivocity in the lived reality of the everyday which condemns it to the status of a quasi-object, not susceptible to a direct approach: hence to engage in the pursuit of the philosophy of the quotidian is to take the risk of thinking instability, movement, blurring, where only partial synthesis operate, themselves called into question, and the results of which are not easily made the object of a global synthesis. (My apologies for the translation)"

While this might seem particular to the concept of the "everyday" for which a certain degree of instability and indeterminacy is constitutive, Macherey makes a similar point with respect to the university. The university is an idea, a practice, and an experience. Macherey then approaches from three inevitably partial approaches, examining its discourse about itself, the human sciences (sociology and psychoanalysis) which takes it as its object, and the paradoxes of literature. If one wanted to schematize the method underlying Macherey's investigations one could argue that they posit the tensions between ideas, practices, and, for lack of a better word, experiences. All three constitute different scenes, different ways of examining the object at hand.

My point is not that these two approaches are THE SAME, not to simply stick with a rough homology of three scenes, three modes of investigation, but to suggest that there is a similar reworking of the dialectic, understood less as the synthesis of different contradictions but as the point of their tension. This is really just meant as a provocation, and future direction for research. It does, however, seem important to think about the way that Balibar and Macherey in related ways have continued and transformed Althusser's initial provocation to develop a materialist dialectic, a dialectic that is nonteleological, conjunctural, and situational--a dialectic of the other other scene.
Posted by unemployed negativity at 11:11 AM