Naturally Historical: On Paolo Virno's When the Word Becomes Flesh and Déjà Vu and the End of History 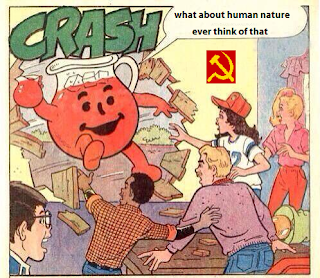 Paolo Virno's philosophical trajectory is an interesting and strange one. He first became known to the English speaking world through The Grammar of the Multitude. This book's particular grammar, or rather vocabulary, defines  the central terms of post-autonomist thought, multitude, general intellect, Post-Fordism, etc., in a somewhat idiosyncratic manner. Marx and Spinoza are cited, but so are Aristotle, Sohn-Rethel, Heidegger, and Simondon. Virno has been drawn as much to the philosophical presuppositions and effect of these terms, of this new grammar, than to their economic basis or political implications.

Two recent translations of Virno's works, Déjà vu and the End of History and When the Word Becomes Flesh: Language and Human Nature, exemplify and extend this turn towards the philosophical dimension of problems underlying political and economic categories. Starting with the latter of the two books, When the Word Becomes Flesh, we can see a turn towards an emerging problem in Virno's thought, seen in the book on Multitude between Innovation and Negation and in his contribution to The Italian Difference, the problem of human nature, or even a natural history of humanity. There is perhaps nothing more untimely, more out of step with contemporary thought, than a treatise on human nature. Such speculations are left to online discussion boards, introductory philosophy classes, and New York Time columnists. Virno, however, makes a contemporary claim for this problem by returning to the famous Foucault/Chomsky debate. A debate that is generally cited more for its celebrity status than its intellectual content.

As Virno argues this debate can be seen to sketch out two positions on human nature. The first position, that of Chomsky, locates a transcendent human nature, grounded in this case on the innate linguistic capacity, and is thus able to criticize the power relations of society in terms of their repression or alienation of this capacity. In contrast to this, and in a position that has become more or less dominant in academic circles, Foucault stresses the historically contingent rules and structures determining the very existence of the human. There is no human nature, only history and thus every declaration of a human nature can only be an attempt to naturalize existing power relations. These two positions remain dominant today, but their political valence has shifted somewhat. Human nature has largely become the reservoir of those who argue against the possibility of change; with the help of such "disciplines" as evolutionary psychology it has become the basis of naturalizing everything from capitalism to racism. 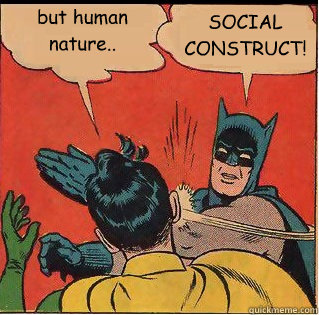 Virno sketches out a third position, not that of the eternal nature or the contingent relations of history, but of their intersection, an intersection dubbed "natural history." As Virno writes, "Rather than dissolving the eternal (the distinctive traits of the human species) into the contingent (productive systems, cultural paradigms and so forth) or even worse, reducing the contingent to the eternal, natural history chronicles meticulously their ever changing intersection." For Virno human nature has to be seen in potential, the capacity to develop language, habits, and routines, a potential that is never actualized. It is never actualized because it is not some faculty, but is necessarily transindividual, existing in and through the relations. Thus, to paraphrase Marx, human nature is what makes possible the multiple and contingent ensembles of social relation without ever being actualized in any one. "There is history in the fact that a determinate piece of work or a determinate understanding is inseparable yet also wholly different from the faculty to which it corresponds, labour power and the intellect respectfully."( The latter passage is from Déjà vu  originally published in 1999 and which still uses the term faculty to describe this nature. Virno's latter works have dropped this term, which carries transcendental and individualist baggage, in favor of a more transindividual conception of this human potential as potential.)

Virno thus offers a particular way out of the problem of nature or history by thinking the two in their intimate non-identity (It is perhaps worth noting that Virno's reflections on When the Word Becomes Flesh start from Adorno's short essay on natural history.) This non-identity is complicated by contemporary capitalism, which transforms the entire basis of the relation, putting two work this very potential as potential. In contemporary capital we not only sell the actualization of our labor power, but sell our labor power as potential, as the capacity to learn new protocols, programs, and rules becomes as important as our ability to carry out any defined task. As Virno writes,

"The weakness related to the "premature birth" of the human animal have become productive assets. What we learn is not important (roles, techniques, and so on): what matters is showing the pure ability to learn, which always exceeds its particular actuations. Furthermore, it is obvious that the permanent precariousness of employment, and even more the instability experienced by contemporary migrants, reflect in historically determined ways the original lack of a uniform and predictable habitat."

The precarity of labor is nothing other than the original precarity of the human condition, the fact that human beings are born into the world without instincts and habits. The perpetual process of learning that defines humanity becomes perpetual job training in contemporary capitalism. As Virno writes in his contribution to The Italian Difference, "Human nature returns to the centre of attention not because we are finally dealing with biology rather than history, but because the biological prerogatives of the human animal have acquired undeniable historical relevance in the current productive process." Is this not two steps back for the one step forward? Virno offers an original and provocative manner of articulating "human nature, " avoiding both the Chomsky (or Pinker) of naturalism and the Foucault of historicism, only to throw it all away in the proposition that capitalism is human nature, or at least engages with human potential in an unprecendented way. Virno would seem to differ from the modern neoliberal evolutionary psychologists by taking the negative rather than the positive dimensions of capitalism, precarity rather than competition, the migrant rather than the entrepreneur, but the basic idea of a moral natural social order seems to remain in place.

Virno complicates this identity by two conceptual distinctions. The first is his distinction between "fetishism" and "reification".  As Virno writes,

Fetishism makes a thing, an object, the realization of a spiritual or abstract essence, while reification constitutes the thing like status,  the external and social nature, of our abstract potential. Reification is the recognition that there is no thought without language, no memory without signs, no social relations without social structures. While fetishism is the identity of the thing, material, instance and some abstract quality, reification is a material instantiation that is not an actualization. The difference seems slight, but the important point is that the fetish takes the abstract as actualized, as present in a thing such as the commodity, while the latter reification, asserts that every abstraction, every "spiritual" activity must necessarily be actualized in things without ever being reduced to them. 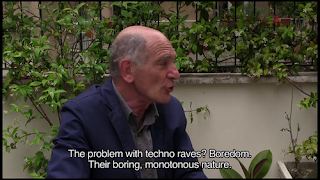 As similar point could be made with respect to social structures. To see capitalism as the realization of human nature is to fetishize it, while to see it as putting to work the potential of human nature is to reify it. It is in the earlier book, Déjà vu and the End of History, that Virno levels the strongest critique of the philosophy of history that sees the present as the realization of the transindividual potential of humaninity. Virno's argument is a complex one and I cannot do justice to it here, but it starts from the premise that in "déjà vu" there is a confusion between the memory that is integral to every experience, the capacity for memory, and a specific memory. We are always remembering, even in the present, but in déjà vu that memory appears as a specific memory of an actual state of affairs. The memory constitutive of experience becomes a memory of a specific experience, the faculty of memory is confused with its specific actualization. Memory becomes a sense that all these things have happened before, and thus we become spectators of our own lives. Virno draws from this a historical lesson, déjà vu is an experience of history where not only does it appear as if everything has already been tried before, but that what we are offered in the present is a complete realization of the human potential. Déjà vu is the experience of the present as not just one contingent realization of the potential of history, but as its absolute culmination and realization. As Virno writes,

"To put it another way: the spectacle is the form that the déjà vu takes, as soon as this becomes an exterior, public form beyond one's own person. The society of the spectacle offers people the 'world's fair' of their own capacity to do, to speak, and to be--but reduced to already-performed actions, already-spoken phrases and already-complete events."

Virno's task is one of thinking the non-identity of nature and history, potential and actuality, even in the face of a social system that not only brings them close together, but makes this identity into a fetish. In other words, we have to see the way in which human nature, the human capacity to change, create, and reinvent, is not identical to the "constant revolutionizing of production [and] uninterrupted disturbance of all social conditions" that Marx identified as the defining characteristics of capitalism. Virno, like other autonomists, works under the assumption that there is something to be gained by this proximity, by the prefigurative dimension of the present. I wonder if he concedes too much in the identity of contemporary capitalism and human nature. I say this not to stress their difference, to return to the old themes of alienation, but to suggest that other societies, other social relations, might be just as inventive and communicative as our supposedly creative present.

Posted by unemployed negativity at 2:07 PM

This account of Virno & human nature reminds me strongly of another Italian theorist, Giambattista Vico. There's a similar (if I'm understanding things right) insistence on the universality of human nature but also its historical mutability. This is historicism, of course, but also universalism. I know Vico gets taken up in various ways at various times, but I don't know enough about more recent Italian philosophy to know where he fits in terms of Virno's milieu. Would be very interested to know if Virno mentions him.

Virno's primary reference for his philosophical anthropology is Arnold Gehlen. However, as you point out, the theme of humanity of having an essentially mutable essence, a lack of instincts, extends much further back. Virno does not mention Vico.