Another Dialectic of the Other Scene: This Time It is Tosel 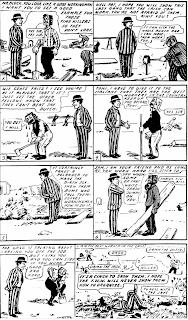 Mr. Block He Meets Others
I am aware, but only vaguely aware, that there is a schism of sorts between so called "class reductionists" and "identity politics," between those who claim that matters of class and economics are all that matter and those that claim that such a reductive insistence on class overlooks the reality of oppression around race, gender, and sexuality. It is hard to summarize this lines of demarcation since it is less a debate than a series of epithets and insults, and to be honest I do not listen to enough podcasts to keep up. Anyone looking for a summary should look to Asad Haider, who has been doing some of the best work on this ongoing "debate" .

Rather than deal with this debate as it exits, if it exists, I am interested in dealing with it obliquely if at all. One of the useful things of philosophical study is the ability to situate oneself in older debates and divisions, to view the present through the past and the past through the present. In this particular case two of the most important Marxist thinkers of the twentieth and twenty-first century, Etienne Balibar and André Tosel repeatedly returned to a similar problem to the one we are stuck with today: how to think the intersection between politics of class, politics having to do with economic exploitation, and politics of identity, politics having to do domination of identities, symbolic and otherwise.

I have already discussed Balibar on this point, but, as is often the case, it is useful to think of the way in which Balibar approaches this problem from the angle of Marx and Spinoza. First, Balibar takes his bearings from base and superstructure, albeit one reworked by Althusser