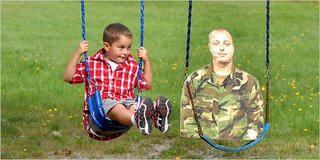 There is a quote from Adorno that I have been thinking about as of late. It reads as follows:

"The theorist who intervenes in practical controversies nowadays discovers on a regular basis and to his shame that whatever ideas he might contribute were expressed long ago--and usually better the first time around. Not only has the mass of writings and publications grown beyond measure: society itself, despite all its tendencies to expand, in many cases seems to be regressing to earlier stages, even its superstructure, in law and politics. Embarrassingly enough, this means that time-honored arguments must once again be trotted out. Even critical thought risks becoming infected by what it criticizes. Critical thought must let itself be guided by the concrete forms of consciousness it opposes and must go over once again what they have forgotten."

This quote seems particularly apt today, in the face of our current "War of Terror." In the speeches of our president, and other supporters of the war, the justification for the war seems to rest on two fundamental statements, "We are fighting them over there so that we do not have to fight them here," and, more fundamentally, fighting is "Protecting our freedom." Now these statements are demonstrably false, and have been proven to be several times by the few critical voices left. Moreover, one does not need the tools of ideology critique, to have read Adorno, Althusser, and so on, to prove them false. Of course the situation gets even more absurd when you consider all of the people who believe that Saddam Hussein had something to do with 9/11, or that there are weapons of mass destruction in Iraq.
Posted by unemployed negativity at 9:19 PM