The Place of Philosophy: Spinoza 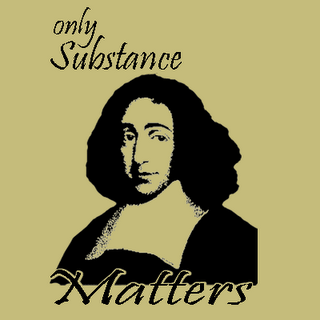 This is one of the half formed thoughts that I came up with in the middle of teaching my Spinoza Seminar. The sort the leaves me thinking, after responding to a student's comment, "hey, there might be something to what I just said." It is also an attempt on my part to think in somewhat generic terms about my particular position, in philosophy, in a state university, in Bush's America. Thoughts which are provoked, in part, by my morbid fascination with resent discussions about liberal bias in the university.
In Spinoza's refusal of a position at the University of Heidelberg he writes the following:"I do not know within what limits the freedom to philosophize must be confined if I am to avoid appearing to disturb the publicly established religion.” Now the refusal of the position has generally been interpreted as a characteristic statement of Spinoza's caution. However, I have been thinking of it in light of the division that Spinoza sets up between the philosopher and the "common people" in the Theological Political Treatise.

In the Treatise Spinoza argues that all worthy objects of desire can be classified under three general headings:
1. To know things through their primary causes
2. To subjugate the passions, i.e. to acquire the habit of virtue
3. To live in security and good health

For Spinoza the conditions for the first two "lie within the bounds of human nature itself," and thus can be pursued by the philosopher alone. The third, however, requires the artifice of the "social body." However, given that Spinoza will later argue that some social order is a precondition of any economy or arts, it would seem that the first two ultimately presuppose the third. The cultivation of knowledge presupposes the community.

Now, it is at this point that things get interesting. The order of the community is secured by imagination, by scripture which extends obedience beyond thus who cannot grasp the rational basis of the community. The security of the community in turn makes possible the life of the philosopher, whose very examinations call into question that foundation. There is a dialectic in which philosophy continually subverts what by definition it must presuppose. That is to say that there is something of an existential situation where the philosopher is continually questioning the beliefs that make philosophy as an activity possible.

At this point it would be easy to lapse into an easy division between the philosopher and the common ("vulgus"), however, as Spinoza makes clear this division is not between two separate classes of people, but between superstition (or imagination) and reason, cutting through each individual. After all we are all rational and imaginative, reasonable and superstitious, mind and body. For Spinoza the state is founded both on reason, on the recognition that "nothing is more useful to man than man," and imagination, the projection of the other as someone like me, a highly ambivalent situation since this imagined similarity makes possible conflict and strife (EIVP37). To quote Balibar: "Sociability is therefore the unity of a real agreement and an imaginary ambivalence, both of which have real effects."

We all live simultaneously inside and outside of the ideologies that constitute our shared life. I wonder if this split could be related back to the division of mental and manual labor? To the fact in a highly specialized economy of knowledge, we are active in some respects, capable of producing real ideas, but passive in others, subject to the established ideologies. I cannot connect all the dots here, but I thought that I would toss in the following quote from Adorno by way of a conclusion. It is a passage that I think about a great deal.

"The intellectual, particularly when philosophically inclined, is cut off from practical life: revulsion from it has driven him to concern himself with so-called things of the mind. But material practice is not only the pre-condition of his existence, it is basic to the world which he criticizes in his work. If he knows nothing of this basis he shoots into thin air…[H]e hypostatizes as an absolute his intellect which was only formed through contact with economic reality and abstract exchange relations, and which can become intellect solely by reflecting on its own conditions. "

Like I said it is a half formed thought.

By the way the image above comes from a collection of philosophical T-Shirts. Perfect for that special someone.

Other news: Finished Badiou's Theorie du Sujet (more on that in a bit) as well as Ranciere's Nights of Labor. Recently saw The Black Dahlia which was hilarious, but I do not think that it meant to be.

Posted by unemployed negativity at 9:21 PM