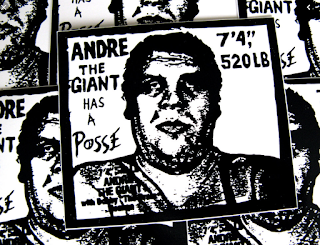 The recently published Sagesse ou ignorance? La Question de Spinoza constitutes a return to Spinoza by Pierre Macherey, who after dedicating much of the 90s to a thorough study of the Ethics has spent the last decade or so writing on everything from "daily life," "utopias," "the university," to a general examination of subjection and subjectivity in contemporary philosophy. While it could be argue that all of these studies were undertaken in a "spinozist way" they where largely free of references to Spinoza. These books were driven less by names and figures in the history of philosophy than the perennial problems of political and social life. Macherey's return to Spinoza is not a simple retreat into scholarship for its own sake, but a return infused by the intersection of politics and philosophy.

The title of Macherey's book indicates something of the nature of this return to Spinoza. For many readers of Spinoza, especially in the Anglo-American world there is no question of knowledge or ignorance. Spinoza is quite obviously a writer on the side of knowledge, of wisdom, and opposed to ignorance, rallying against its pernicious political effects. That alone was enough to put Spinoza in something called the enlightenment. Macherey's reading of Spinoza could not be further from such generalities. Spinoza must be read to the letter, or as Macherey writes," As it is often the case with Spinoza that we must read word for word, taking care not to reduce it to general views which improperly reduce the expression of his thought and ultimately distort it." It is not enough to know where Spinoza stands with respect to knowledge, but to know what he understands by it, and how its distinction from ignorance can become not just theorized but actively produced.

Like Tosel, Macherey understands the distinction between ignorance and knowledge to be the primary practical and not just theoretical distinction of the Ethics, it is a distinction that must be made as much as known. The task of the Ethics is not, as in the case of so much philosophy, to explain why a life of knowledge is the good life, but to produce its conditions.  This problem takes on a particular aspect in Spinoza's thought, constrained, as it were by two limitations.The first is that of determination itself. The transition between ignorance and knowledge cannot be a simple effect of knowledge itself, there is, after all a limited effectivity of the true insofar as it is true (EIVP1), but must be actualized in habits, desires, and imagination. Second, ignorance cannot be reduced to the negative term in this transition because in some sense it is the human condition. We are born ignorant of the causes of things and aware of our desires. Ignorance is tied to the fundamental finitude of our existence, and thus it is the truth just grasped incorrectly. "Inadequate and confused ideas follow from the same necessity of adequate ideas" (EIP36). This proposition can be read as revealing the positive in the negative condition, there is causality, and thus the order of the universe, even in ignorance to its conditions.

As Macherey indicates, Spinoza's final statement regarding ignorance and knowledge, the scholium to the last proposition of Part V, contains an overlooked, and in many cases untranslated acknowledgement of this. When Spinoza writes that the ignorant "lives as if he knew neither himself, nor God, nor things," there is in the original Latin a little "quasi," an almost (vivit praeterea sui et Dei et rerum quasi inscius), that attests to the causality in apparent contingency, and knowledge in ignorance. (This "quasi" is completely elided in the Curley translation that I am familiar with).

Macherey's text is dedicated to examining two specific intersections between ignorance and knowledge, passivity and activity, affect and idea, gifts and character, or, to be more precise, ingenium. Gifts, would seem to be surprising since Spinoza is far from an anthropology of gifts or exchange. The scholium of Proposition Seventy-One in Part four almost constitutes a kind of anti-Mauss: Gifts cannot be the basis of social exchange because they lead only to conflict and jealousy. A different sense of gifts is central to Spinoza's political thought, however. One of the questions of the Tractatus Theologico-Politicus is to what extent can we understand "God's gifts" or "fortune"as the basis for the ancient Hebrew state. Answer this question entails distinguishing between "God's internal help," whatever man can affect by its own nature, and "God's external help." The metaphorical, and theological language, returns us to a problem of two different causalities in Spinoza's thought that of essences, or infinite immediate modes, and that of the causal relations between things, of infinite mediated modes. Spinoza's critical strategy in the TTP is to demonstrate that what we take to be the effect of the former, the divine selection of a nation, is actually the effect of the latter, of the relations, customs and habits. Nature makes no nations, and to the extent that nations or peoples exist as some kind of immediate essence they do so only as the effects of mediations and practices. This could be understood as Spinoza's critique of reification (and from this reading the idea that there is something like Reason or the Enlightenment as a omni-historical reality is nothing short of fetishism).

This is not to say that essences, have no existence, or are always simply the effects or distortions of existing relations--although the nominalist dimension of Spinoza's thought should not be underestimated. This can be seen in the second problem that of the ingenium, a word that can be translated as character, temperament, or nature. Macherey stresses the word is something of a limit concept, a set of problems where Spinoza points what exceeds a definition. This can be seen in Spinoza's political writings. On the one hand Spinoza presents the ingenium of an individual as a primordial given of politics. One cannot surrender their power, suspend their power of judgement, or control their tongue. The ingenium, or character of individuals, is the ultimate cause and ground of political and social life. At the same time ingenium or character is nothing other than the effect of the encounter and relations that it have affected it. Together this assertion of activity and passivity combine in the notion that as much as people much have their particular ingenium respected and acknowledged they are unaware of the conditions of its production. We are aware of our desires but ignorant of the causes of them.


This returns us to the problem of obedience in the TTP. In Chapter Sixteen of that book Spinoza offers a minimal and rational definition of obedience. Spinoza argues that we cannot simply say that we obey every time our actions correspond to what is dictated by law.  “Action under orders—that is, obedience is indeed to some extent an infringement of freedom, but it does not automatically make a man a slave; the reason must enter into account." We sometimes obey the law out of our own rational self interest, and can only be said to truly obey, to be a subject, when we do things for the interest of a ruler.. This assertion is contradicted and contested by Spinoza's revisiting of obedience in Chapter Seventeen. As Spinoza writes,

The revisiting of the question of obedience follows a more well known rectification. Spinoza begins Chapter 17 with the statement that social contract is only something that works in theory. In actual practice it is undermined by the reality that right and power is inalienable. As Spinoza writes, "Nobody can so completely transfer to another all of his right, and consequently his power, as to cease to be a human being, nor will there ever be a sovereign power that can do all it pleases." The expansion of right and obedience, subjectivity and subjection, in the same chapter is only an apparent contradiction, one resolved in its solution. As Macherey argues ingenium imposes a kind of double bind on rulers: they can neither ignore nor simply accept the irreducible singularity of desires and judgement. The former invites rebellion and ruin while the latter negates the very basis of the state, which is on some level a monopoly of judgement of determining good and bad. The way to resolve this bind is through the production of the ingenium itself, to shape through practices and habits, the very constitution of judgements and desires. This is why political subjects are ideological subjects. As Macherey argues Spinoza figured out that the soul is the prison of the body long before Foucault came along. The supreme prop of despotism is to keep people in the dark of the constitution of their own particular judgement, or ingenium, so that they think themselves free when they are subjected. Knowledge reveals how much people are subjected so that they can become free. 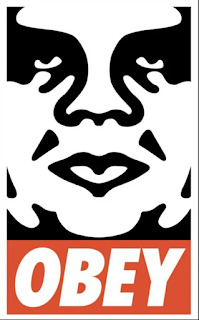 It is at this point that I can justify my choice of graphics. Shepard Fairey's Obey first appeared in the early 90s as a sticker with the slogan "Andre the Giant has a Posse." They were advertised in the back of zines, and you could send away for a bunch. I know, because I did. There was a kind of odd pleasure in seeing them everywhere, and in participating in disseminating them; it felt like participating in some odd in joke. The reappearance of the same image, now branded and commodified and with the logo "Obey" is only an effect of those quasi-DIY desires. The imposing monolith of power is only an effect of the desires and habits that constitute it.

Really interesting post - thanks. One small point: doesn't Foucault say - pointedly - that the body is the prisoner of the soul, rather than vice versa?

I am not sure if I understand your criticism, but I revised the post to say "the prison" rather than "a prison" which might have led to confusion.